Our goal is to get good pictures or video of this rare creature and the Salmon Run means our odds are better to catch one out in the daytime.  The Sasquatch is primarily nocturnal but if we are to obtain footage of this creature, it will have to be during the day and the Salmon Run may give us that opportunity.

The latest scuttlebutt from Team WASRT

It's almost November and we have two cameras in our favorite research area.  One cellular reporting camera on the river since the salmon run and one time lapse camera in the swamp area.  One takes a pic every 3 mins and sends it to be reviewed almost immediately.  The swamp camera saves to a 256gb card and will be left out over the winter taking a pic every 2 mins during daylight hours!

See below videos of our previous use of this awesome camera drone and our previous P3 Pro drone that was lost in battle! 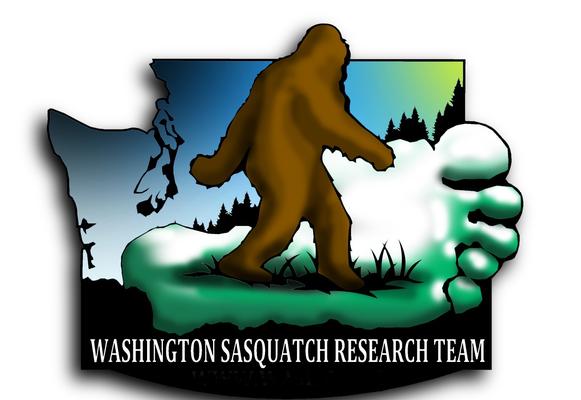 We have already deployed one Time Lapse camera in our research area which is vast.  It is impossible to watch all the rivers and streams  but we have ten years of research knowledge to assist us in an educated guess to deploy the cameras.   The team possesses numerous devices to operate in a completely passive "Time Lapse" mode.  No flash, no IR, nothing that can possibly alert the creatures to our devices.    Our latest camera is more than a typical Game Camera which is often deployed by hunters.  This is a cellular camera that sends pictures instantly right to our computer or phone.  It is the Covert Code Black LTE, 20mp camera which is operating in Time Lapse mode.  Yes, it requires a cellular signal but we know the areas on the river that have a signal and we also have an external high gain antenna to use if the signal is weak.  We are also utilizing an external battery and solar panel which should keep it running well through the fall.  The application (APP) that is associated with the device can be used to change any of the cameras settings, including requesting a higher resolution picture if needed.  The picture it initially sends is a lower resolution "thumb nail" but the camera keeps the full 20 megapixel version on the SD card.  Again, a higher (not full) resolution version can be requested remotely on the app to be sent over the cellular network.

More non-cellular Time Lapse cameras will be deployed as we get closer to the Salmon Run.  Unfortunately, the pictures can only be viewed after the SD cards are retrieved.

Perhaps we will add another cellular camera to the arsenal before the run. 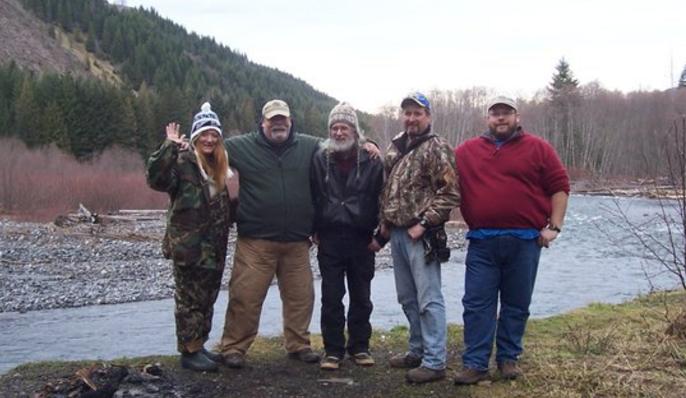 Dennis was a friend and a former co-worker of mine who passed away too young this year.   A life long Washingtonian, he was fortunate enough to have at least two Sasquatch sightings in his life.   His last was approximately 10 years ago, although I don't recall the exact year.   He was driving on Highway 410 East, adjacent to the White River with his wife and two grand daughters.  It was fall and the salmon were running.  Just about a mile before the small town of Greenwater, Dennis looked to his right and saw a large, hairy, bi-pedal creature wading knee deep in the river.  The creature was looking straight down in the water.  Everyone in the car saw the creature and Dennis wanted to stop to take another look but his wife refused to allow that.

It was the middle of the day and this creature did not seem to care about the cars passing on the highway, mere yards away.

It was the annual Salmon Run and humans didn't seem to matter!

​​Eye's on the River

Current cellular camera in use now

Welcome to the WASRT Homepage!  We are a small team of researchers established in 2009, operating in the Pacific Northwest, primarily in the State of Washington near Mount Rainier.  Due to it's lush forests, mild climate and abundant wildlife, the area is a mecca of Bigfoot activity.