Q:  Why is most main stream scientists skeptical of their existence?

A:  This is very frustrating to the Bigfoot researcher.  I believe the subject has become taboo for main stream science making it a risky career decision to pursue the existence of the creatures.  The seemingly never ending examples of hoaxes does not help.  That being said, there are a few scientists that are pursing this endeavor.  I believe their hard work will be rewarded someday.

Q:  Why aren't there more pictures?  Everyone has a cell phone camera these days.  Most of the pictures we see are out of focus.

A:  Having a cell phone camera isn't going to significantly increase the number of Bigfoot pictures or video.  Most encounters that I have read about only last a second or two.  Try taking out your cell phone, switch on the camera function, point it and hit the capture button.  How long did that take?  Blurry pictures or "blobsquatches" are common.   If you were to encounter this creature in the wild you would likely be very nervous and frightened and not likely to capture any award winning photographs.  There is rarely time to properly compose, focus and take the shot.  Also, many video's are taken with low quality cameras with less than optimum resolution.  Without high resolution, cropping and zooming results in a significant amount of pixelation making the video very blurry.  These creatures are primarily nocturnal and therefore are active mostly at night.

Q:  What exactly is a Bigfoot or Sasquatch?

A:  That is the million dollar question!  Some believe the creature to be a previously undocumented primate.  I personally think the creature is more than that.  These creatures possess intelligence rivaled only by our own and I suspect they are a relic human like creature much like the Neanderthal which may never have gone extinct.  When the creature is finally examined I believe it will be discovered to be more human than animal and it will share a significant percentage of DNA with us.  I also believe there to be "hybrids" that mated long ago with humans giving them more human-like characteristics such as the ability to speak.  I also suspect there are more than one species of these creatures.

The following questions and answers are the opinion of one researcher and are based on personal experiences, interviews with witnesses and the review of hundreds of reported Sasquatch encounters.

Q:  Why are so many sightings and encounters reported from the Pacific Northwest?

A:  The Pacific Northwest has the highest concentration of Bigfoot sightings.  Most researchers believe these creatures, like most mammals in North American, originated on the European continent.   Like other mammals the Bigfoot creatures came to North America across the Bering Strait land bridge tens of thousands of years ago (see illustration below).    We believe a significant concentration of these creatures decided to make the Pacific Northwest their home.  The area has high rain fall, significant wildlife and a relatively mild climate.  Why would they leave?  Of course like early humans some migrated across what is now central and the eastern U.S.

Q:  Why haven't there been any bones discovered?

A:  A common question among skeptics and novices alike.  There are a few schools of thought on the subject of bones.  Like myself, some think they live and travel in family units or clans.  This suggests that the creatures would not leave the remains of one of their own to scavengers.  It has also been suggested that they bury their dead, but this is just speculation.   Bones do not last for long, especially in a wet environment like the Pacific Northwest.  High levels of rainfall wash the nutrients from the soil causing it to be very acidic.   The Pacific Northwest is notorious for moss -- this is because moss thrives in an acidic environment.  Bones  that are exposed to acidic soil will quickly deteriorate.  Of course forest critters also scatter the bones in a short period of time.

A:  In general, they are very curious of us but avoid contact.  Remember, they are animals in much the same way we are.  like humans, they have the potential to be aggressive when provoked or threatened.  That being said, accounts of aggressive behavior in these creatures is rare.   If you are in an area and they don't want you there they usually display non threatening behaviors to let you know you are not welcome.  Such behaviors including throwing objects near you (rocks, pine cones, and sticks) or vocalizing loudly. 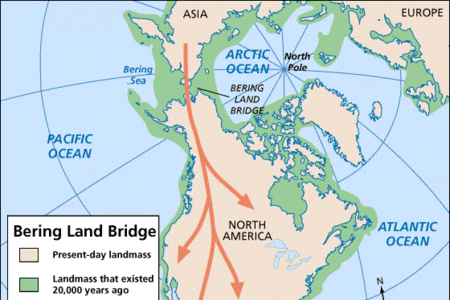 A:  Contrary to popular belief, they are not herbivores, they are omnivores.  They are opportunists, eating all manner of vegetation as well as pursing game animals such as deer and elk.  Many hunters, especially in deer stands, have witnessed these creatures taking down a deer, elk or wild pig.  I have personal friend that witnessed this creatures stalking a herd of elk.  Here in the Pacific Northwest the creatures are very active during the annual salmon run just like bears.